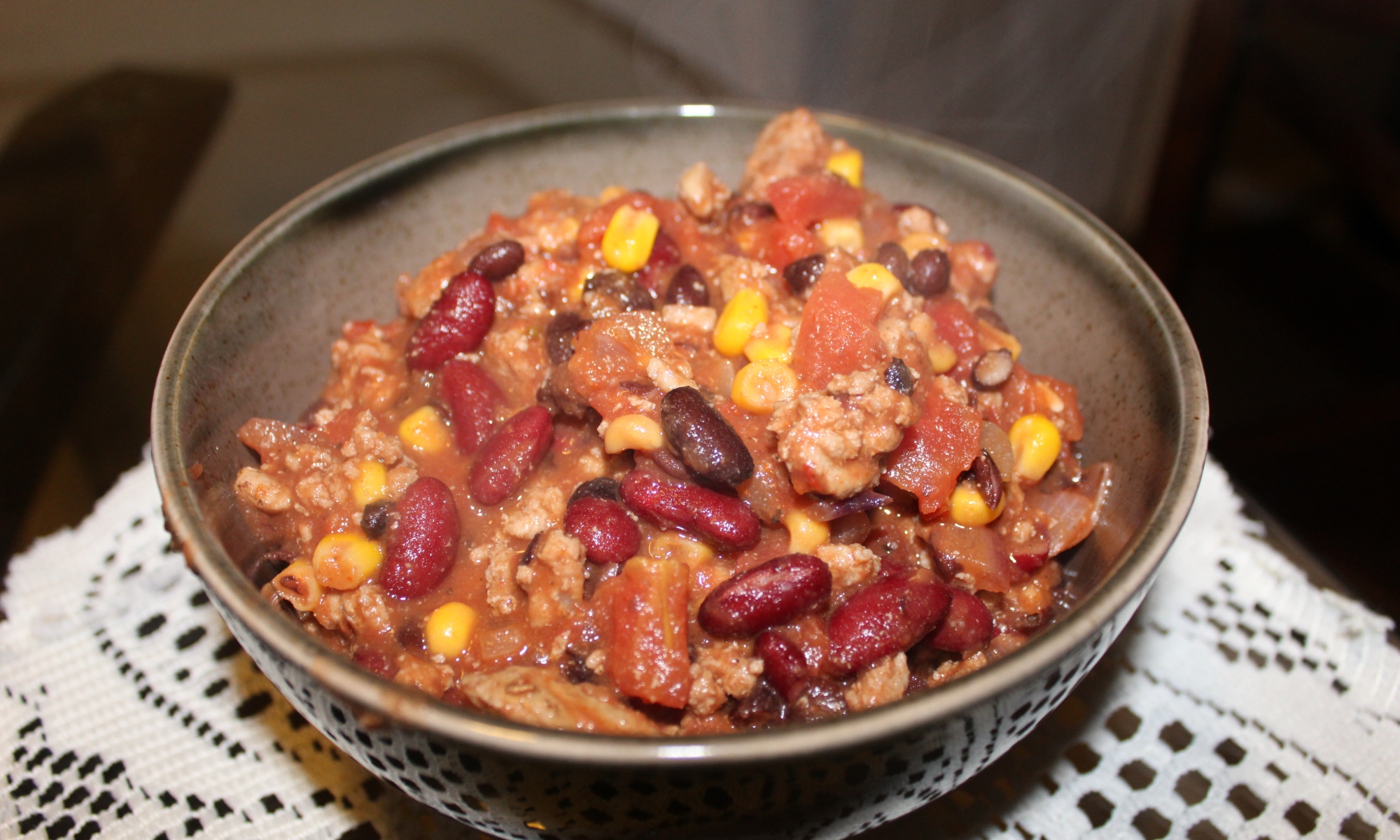 Okay okay, it might not be the best in the world, but it’s the best I’ve ever had! The first time I made chili it was right before my due date with Roen. I still didn’t have much practice in the kitchen at the time so I followed a recipe and whipped up a massive serving of chili so that I could freeze it and have meals to heat up once Roen was born. Well, it wasn’t that good and aside from the bowl I had the night I made it, I never ate it again and threw out all of the frozen chili eventually.

I went two years without making it again because my husband doesn’t like beans, and well, what is chili without beans?! But I finally decided to make it again, and it was the bomb!

Like I mentioned in my first recipe post, I hate measuring and having a bunch of step by step directions to follow, so I won’t be listing out detailed instructions. This is more or less to give others healthy dinner ideas.

I used all organic ingredients, and I recommend you do too! Especially the corn since it’s one of the top genetically modified crops.

With that said, you will need…

-1 pound of ground turkey  (because its leaner and healthier than ground beef!)

-1 can of black beans

-1 onion (cut and cook before adding)

-about a cup and a half of corn

-chili powder (a pretty good portion. Just taste it in between each sprinkle and add as needed.)

-cayenne pepper (start with a small amount because it is spicy!)

–basil (start with a dash and go from there.)

-a dash of cumin

Cook the ground turkey with the onions on a pan, then add to the pot and combine all of the ingredients. Sprinkle some cheese on top if you don’t mind the extra calories! I hope you love it as much as I do!